Are men and women different? This study says yes – kind of.

February 28, 2019
This article was originally published by Adrian Tupper on 14 November 2018 on adriantupper.co.uk. Adrian is a BACP registered counsellor, and is available for appointments on Tuesdays and Thursdays at Eyre Place Osteopathic Practice.


Are men and women different?

A recent study at the University of Cambridge for Channel 4 delved into the Empathising-Systemising theory, which suggests that women tend to be more empathic, aware of others’ emotional states Men tend to systemise, that is, to look for and assert rules to help them understand their experiences.
The study also scoped in the Extreme Male Brain theory, which predicts that autistic traits shift an individual more towards the systemising and away from the empathising tendencies.
Using a scoring system for both empathy and systemising, and then taking the difference (a “d-score”), researchers demonstrated that on a sample of over 670,000 people, including 36,648 autistic people, men did indeed show on average a high d-score (indicating a tendency towards systemising) with women showing a low d-score (empathy). Autistic traits were higher in men too.

What does this show?

It’s tempting to jump to the conclusion that women’s brains are evidently different from men’s brains. However the researchers emphasise that they are working with averages, that say nothing about individuals and they consequently caution against gender profiling. They also remind us that they are working on one axis (the empathy-systemising axis) and there are many others available (probably an infinite number). In short, people are not one-dimensional.
But can we take anything useful away from this study? I believe we can, although possibly not in the way many might initially think.
The study divides a population along an (usually) identifiable line, and we can draw some general conclusions. And that’s a very human thing to do. Before we even meet someone, we’ve probably, unconsciously, come to some prediction about what they might be like. Their sex, yes. Also their clothing, their facial expression, their age, the company they keep and where we might encounter them. This is perfectly natural, and is indeed the basis of one of my favourite psychologies – Personal Construct Psychology. We start with our predictions, and we revise them as best we can, as we gather more evidence. These “constructs” inform us on our subsequent decisions.  For example we might be more inclined to give money to a woman on the street with a baby than we would if they we a man with bottle of whisky. The researchers are spot on when they caution us against using their study to profile people before knowing more about them.
So for me, this study shows that people like a theory that helps them come to an informed conclusion about other people.

It’s interesting that even mild autism has been pathologised as being somehow problematic, even though such people arguably thrive in some sectors such as IT.
While autism and its tendency to systemise rather than empathise has been a focus of mental health research, the converse has not. Someone who finds systems and structures confusing but empathises all too easily is experienced as weak and gullible. Perhaps Freud’s early work on “hysterical women” is an exception, although we would use different language today. Perhaps too much empathy and not enough systemisation results in people taking medications for anxiety and depression?
Of course we can’t draw too many conclusions from one theory that even its protagonists make clear is one of many dimensions of what makes a person. But we might, perhaps, ease off on seeing autism as necessarily a problem

As a counsellor, I frequently come across sex and gender profiling. In its most basic form, there is an assumption that women make better counsellors than men. Or men are somehow more scary and should be avoided. The number of people requesting a female counsellor at an agency where I practise is evidence of this. A much smaller number specifically request a man than request a woman.
When working with clients, I often encounter generalisations about men and women. In many cases, people have formed these constructs through social discourses as much as through their own personal experiences. And to some extent, these constructs have been helpful. But some of the constructs might be holding them back, perhaps in what they believe they should or should not do as a man or a woman, or in the way they experience their intimate relationships. Counselling helps to unravel these constructs, allowing the individual to base their decisions on a more helpful set of constructs than the ones they have been using thus far.
The more alert reader might be thinking: Adrian is a typical man. He is systemising counselling by reducing it to a set of rules, hiding behind Personal Construct Psychology because he clearly isn’t empathic. Well, here’s the thing. I recognise in myself both empathising and systemising tendencies. This might put me on some kind of androgynous d-score that’s neither typically male nor female. But I actually see it as two separate but strong tendencies that can coexist. I suspect it helps to explain why I find it challenging to engage with two or more people at the same time. But as an individual counsellor I experience empathy as a kind of intuitive knowledge about the other person at any moment in time. It helps me to “tune in”.
And this, I believe, is why people can only get so far with a self help book or online resources. Systems and rules aren’t enough. It’s a uniquely human experience that they need, and that includes a counsellor who can step outside of their own mind and enter the mind of their client, communicating what they find there.
So my take-away from this study is that we can learn as individuals about how we construe other people beyond their being stereotypical males and females. And to do this we need both empathy and systems, something counsellors are trained to provide. Yes, there are different types of counselling. We might argue that CBT values systems more than empathy while the Person Centred approach is more on the empathy end of the axis. But that distinction is more blurred that it might appear at first sight. It’s the uniquely human experience of counselling that provides the growth people come for.
acceptance anxiety autism autistic counsellor discrimination Edinburgh eh3 emotional empathy Eyre Place gender relationships sex sexuality 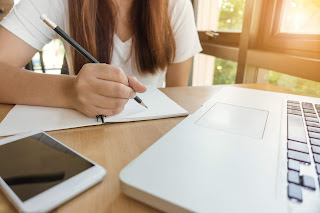 Training/Activity ideas for working at home
Unless you are able to leave home you are probably much less active than you are usually. In an average day at work you walk there and back go out for a walk at lunchtime. You may change rooms/buildings as well as any sports or activities. Non of this happens during home working. It is very easy to spend your whole time sitting and forget to do other things. If you include some activity in your plans it will help your concentration as well as keeping your energy levels high it will lift your mood.

To prevent yourself being overcome with worry, it is important to structure your time so life still has a routine.
Why not write some lists of things you might try: books to read, box sets to watch, exercise you like to do, Games to playRecipes to tryNew skillsfriends who you don’t normally have time to talk to


Activities Download an interval app. It lets you set the time and number of reps. The free ver…
Read more 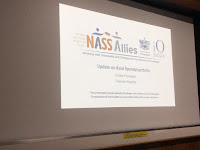 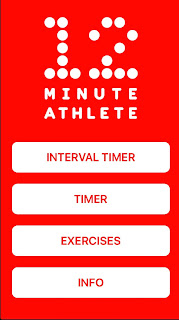